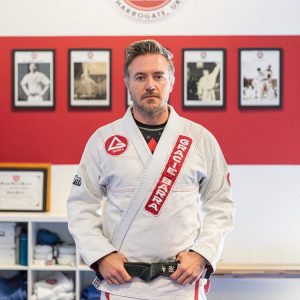 Thinking about starting Brazilian Jiu Jitsu?  Seen some cool techniques on YouTube?  Fancy yourself as the next UFC champ?  Need something to impress that someone you’ve had your eye on for the last few months….”hey, what’s this pyjama backpack thing I’m carrying?  I’m off to Jitz!…..sure I’ll grab a coffee with you later!”….how could they resist?

The lure of the gentle art is subtle, it reels you in with the promise of self-defense mastery and a level of never-before-experienced inner-confidence only known to those who choose to spend 2 or more nights each week rolling around with other sweaty strangers, who, in what seems like only weeks, become the best friends you’ve ever had.

So you’re all in, you’ve handed in your notice at the gym and now it’s all about the Jitz, you are living the Jiu Jitsu lifestyle, you only wave with shakas…you’re on the BJJ journey.  But you move like you’re glued to the mat, your wooden hips laughing at you as you try and shift your arse across the academy floor, and you’re convinced you must be ill given you gas-out only 30 seconds into a roll.  When will it start to get easier….will it ever?  How long will it take me to get my first stripe?  My blue belt?…….dare you whisper it…..your Black Belt?

In this guide, I’m going to give you the heads up on what to expect during your BJJ journey at each and every belt level.  I’ve also stated an average duration you’ll spend with that colour of belt around your waist (based on you committing at least 2 nights per week at the academy).  It’s true that everyone’s journey is unique but over the last 15 years, I’ve seen lots of consistent points of reward and enlightenment and even more points of consistent disillusionment.  Want the inside track?  Read on bro….Osssss 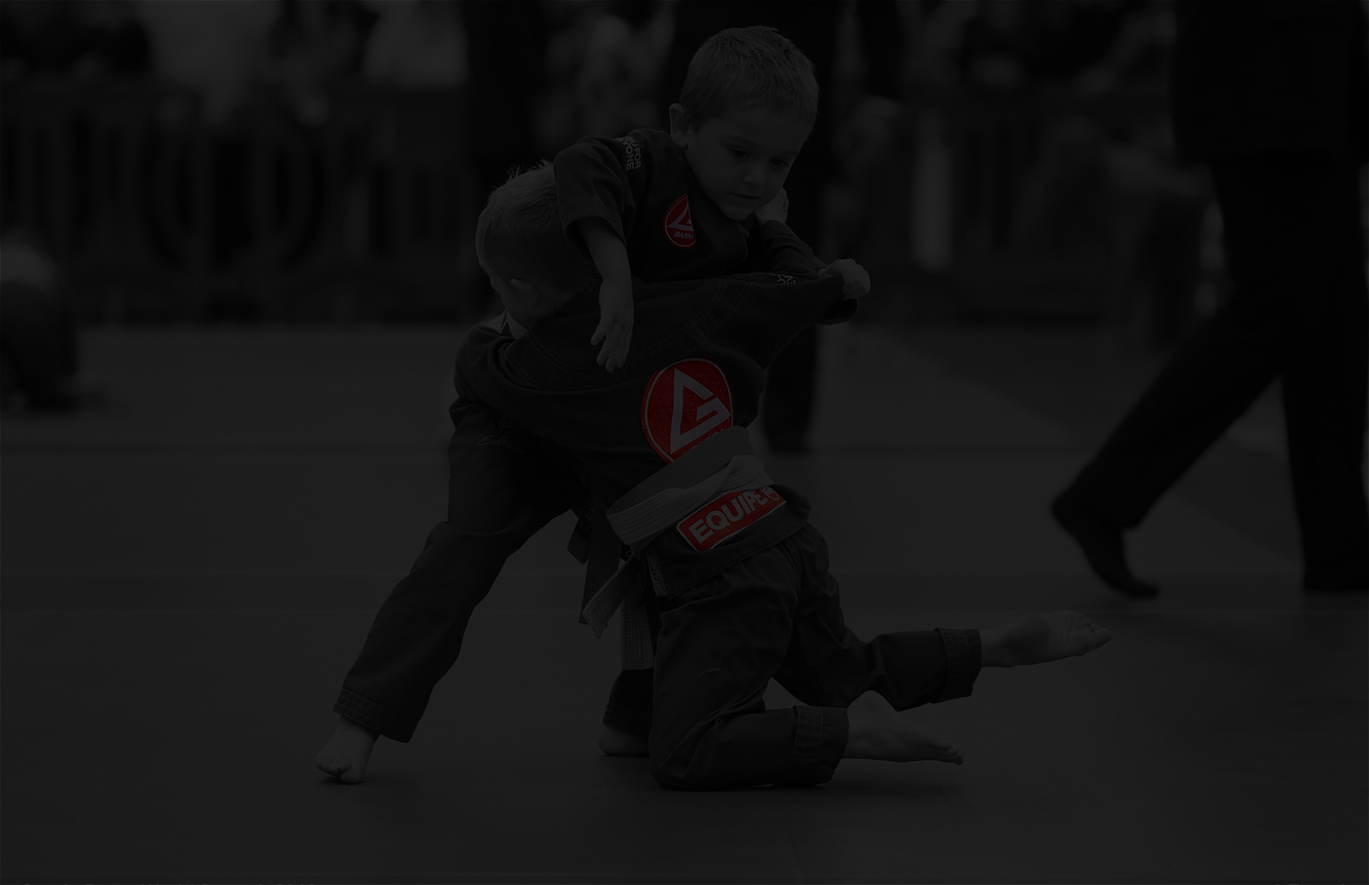 Enjoy it!  There’s no pressure.  You’re not expected to know what the hell you’re doing.  You’re the bottom of the Jitz food chain and it’s ok, we’ve all been there.  The only thing you need to do as a white belt is to keep coming back (twice a week as a minimum if you want to move forward)!

It’ll be disheartening, especially if you’re fit and reckon you can handle yourself a bit, you have to learn to let go of your ego as that’s the only thing now holding you back.  And once you do…that’s when the true magic of BJJ happens.

Your learning curve is steep but on an even steeper trajectory is your skill-level, confidence, and problem solving under pressure.  Focus on becoming comfortable in bad positions, spend loads of time in trouble, and tap often.  Too often white belts focus on getting the tap on others, especially those with a coloured belt.  It’s a short term solution to a long term problem.  Like Rickson once said, if you can’t beat me then I cannot lose (if you don’t know who Rickson is yet Google him, nip out and buy some açai and find the documentary ‘Choke’ on YouTube…if you weren’t all in just yet, you will be after that!)

Congratulations bro!!  It’s a massive achievement reaching the rank of blue belt.  It’s also the point at which most people stop training.  Why?  Allow me to explain.

You’ve got some skills in the more common BJJ positions and will regularly get the better of the guys less experienced than you, those pesky white belts, all strength and no refinement you mutter to your blue belt contemporaries.  But here’s the rub.  That heat you feel on the back of your neck?  It is the dozen or so white belts now hunting you down as their next conquest. You see, as we discussed earlier, there’s no pressure on them to beat you and if they tap, well that was to be expected.  But what if they tap you?  You can hear their internal triumph now….you remember it well from when you were a white belt…..and that was only yesterday!!

And that’s what you must remember when you receive your blue belt.  The promotion and recognition is great but it doesn’t come with any hidden superpower or force field against that farmer-strong white belt.  You will still tap and that’s ok.  Just keep coming back.

As you spend more time in your blue belt your confidence and abilities will improve and you will begin to shape a complete understanding of many aspects of the art.  You’ll be a hero to white belts and a tough roll for Black Belts.  It’s a cool place to linger for a few years, there’ll be ups and downs, enjoy the ride.

The good news?  If you’ve made it this far chances are you’ll stick the journey and get your Black Belt one day.  I’ve met very few purple belts who don’t.

The bad news?  There is none….hurray!  Just keep coming back.

At this stage of your journey, you will be a force to be reckoned with and will be sharpening your tools and broadening your horizons.  You will no doubt have a few Black Belt level submissions or techniques up your (gi) sleeves and will also have a sense of the type of Jiu Jitsu you like, you’ll be developing YOUR game.  Gi?  No-Gi?  Top game?  Bottom game?  Self-defence & fundamentals?  Berembolos and 50/50?  The choice is yours.

Use this time wisely and focus on the areas of Jiu Jitsu you want to become accomplished in.  You may be invited to coach, you may even run your own school.  Embrace the opportunity to share the art and give back to others who have supported you to this point.

You’ll start to view Jiu Jitsu as much more than just a collection of techniques.  You’ll use counters, deception, traps.  You’ll be more than halfway towards your goal…the end (or so you think) will be almost in sight.

The final chapter.  By this stage, you’ll be one of the most experienced members of the team and likely found explaining the finer points of all things Jitz to wide-eyed newbies.  You’ll be that vital link between the Professor(s) and the students.  The instructor’s trusted aide, the student’s role model, and confidant.

It’s hard to define the process and duration of a brown belt.  You’ll be refining techniques and polishing your prowess in all aspects of the game.  The stripes will come and you’ll tiptoe closer to the end of the journey.  There’s anticipation, others will ask when you think might be the time.  You’ll pass these questions off but inside you’ll wonder and hope it’s soon.

Be careful what you wish for!

I was explaining to my youngest son the other day how being a Black Belt is harder than any other belt.  He didn’t understand.  “But you’re a Black Belt dad, it’s easier for you because you know what you’re doing”, he has a point (and he trains Jitz too).  My explanation was to point out that throughout your journey from white to Black Belt you’re heading for a goal, you have purpose, something to aim for and achieve.  But what happens next?  No one ever speaks of that.

Now you don’t have to attend the academy regularly, but you have to maintain your skills….at a Black Belt level.  You have less to learn so regular classes may seem less appealing so you go less often, your sharpness and currency within the academy depreciates, now you feel guilty, scared of showing yourself up.  Are you really going to quit Jitz now after all that hard work????

When you receive your black belt it’s important to start again.  One journey has ended but another has begun.  Perhaps you’ll open a school or teach regularly in your original academy?  Maybe you’ll just continue to refine your understanding and learn new elements that are often overlooked along the way?  You may want to compete in the Mundials against your BJJ hero’s?  Whatever it is you must set Black Belt goals…and stick to them.  That’s the key to all of this….set Black Belt goals….and stick to them!!!

Reflect on YOUR journey each time to put on that belt.  You have earned it.

Be thankful for the friendships and the memories.

Take pride in the difference you are able to make to others.

Professor Mike Bates is a first-degree Black Belt under Victor Estima.  Mike is the proud owner & head instructor at Gracie Barra Roundhay Leeds, UK.  A former Royal Marines Commando who served his country in Afghanistan, Iraq, and Northern Ireland.  Mike also worked on the operational front line within the MOD, combatting terrorism in the UK and abroad for over 15 years.